St. Louis consistently ranks in the top three charitable cities in the U.S., according to charity evaluator Charity Navigator. However, with a decrease in corporate headquarters, it was important for the United Way of Greater St. Louis to find new ways maximize opportunities with its donor base to continue its tradition of improving communities and lives.

An idea hit Orvin Kimbrough, President and CEO of United Way of Greater St. Louis – the fifth largest United Way chapter in the world. What if the organization could help manage top donors’ overall philanthropy efforts, creating a simple turnkey approach to giving, regardless of whether or not the donor is giving to a United Way agency? The United Way already vets non-profit agencies and channels money to selected organizations.

“We have the operational expertise to act as a clearinghouse,” explains David Poe, Chief Technology Officer.

A strategy was born – and built into the organization’s five-year strategic plan. The next step? Finding a partner with both the technical and user interface experience to bring the strategy to life.

A major goal of the effort was to automate tasks that were previously done manually. Xceede Solutions leveraged the robust power of Salesforce® as the core platform for the new technology, called the Donor Service System. While the solution tapped into Salesforce capabilities end to end, a core element is Conga Composer, which was implemented for document generation and reporting.

“When we started, we didn’t know exactly how the system would look or function, but we knew what our pain points were. Xceede helped develop process mapping and mockups of the business workflow,” Poe says.

He adds that Xceede helped United Way realize the full capabilities of the Salesforce platform, and made recommendations on various ways to tackle the pain points by explaining differences in cost, time, and product flexibility.

“They operationalized the vision,” he adds.

Poe says it is important for the United Way to stay current on technology, especially with younger donors.

“Younger donors want a voice and a choice in how they give back. There is an expectation of being able to interact with us in a certain way – primarily digitally – so we are evolving with them. We have to meet donors on the platforms they are on,” he says.

One particularly popular feature of the Donor Service System is the donor portal, which allows donors instant, real-time access to their donor history, status, and organizational breakouts in simple pie charts. It also allows for on-demand reporting, making things like a single tax letter – rather than letters from multiple charities – simple and quick.

”Since implementing the Donor Service System, contributions from high net worth donors has increased from $7.5 million in 2016 to $20 million in 2017.

“Adopting the new system is key, and donors have – without question – jumped on board,” Poe says. “The increases are based on many factors, but there is no question that rolling out the Donor Service System has made a huge difference for this segment of our donors.”

There are substantial time-saving benefits as well. Poe explains that many large donors run family or corporate foundations. By automating many clerical tasks, United Way has taken work off of those organizations so they can focus on other things.

“We’ve shifted from outputs to outcomes. Clerical tasks are now done by clerical staff only, with more time for the fundraising staff to cultivate donor relationships. It is having a major impact for us.” Poe says.

The United Way of Greater St. Louis helps one in three people in the St. Louis region annually through its partnership with more than 170 nonprofit agencies. More than one million people are served by United Way each year.

Tell us more about your current challenges and let us brainstorm together.

The first step is to get on a call so you can share your problem with us and we can brainstorm solutions together.

Xceede Solutions is a management consulting firm with a passion for technology. As a boutique provider, we are a high-touch, local, trusted advisor and business partner that combines business strategy, industry best practices, and technology to empower growth for our clients. Adopting an outcome-driven approach to our consulting practice, our team of certified professional ensure that our solutions enable our clients achieve their desired business outcomes. Our SaaS software, PLNR – Sales-Driven Planning, and Sales-Driven Planning methodology enable our clients to plan, budget, forecast, and execute on their growth strategies. 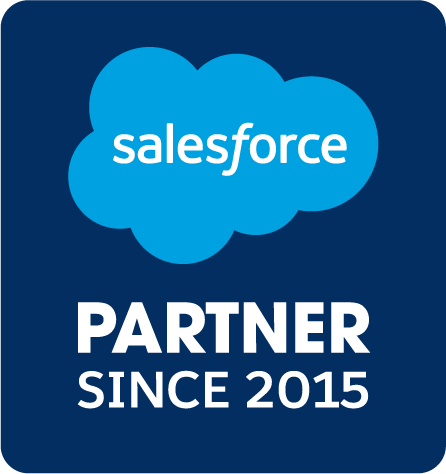 © 2022 Xceede Solutions. All Rights Reserved. Salesforce, Sales Cloud, and others are trademarks of Salesforce.com, Inc. and are used here with permission.

Close Menu
We use cookies on our website to give you the most relevant experience by remembering your preferences and repeat visits. By clicking “Accept”, you consent to the use of ALL the cookies.
Do not sell my personal information.
Cookie SettingsAccept
Manage consent

This website uses cookies to improve your experience while you navigate through the website. Out of these, the cookies that are categorized as necessary are stored on your browser as they are essential for the working of basic functionalities of the website. We also use third-party cookies that help us analyze and understand how you use this website. These cookies will be stored in your browser only with your consent. You also have the option to opt-out of these cookies. But opting out of some of these cookies may affect your browsing experience.
Necessary Always Enabled
Necessary cookies are absolutely essential for the website to function properly. These cookies ensure basic functionalities and security features of the website, anonymously.
Functional
Functional cookies help to perform certain functionalities like sharing the content of the website on social media platforms, collect feedbacks, and other third-party features.
Performance
Performance cookies are used to understand and analyze the key performance indexes of the website which helps in delivering a better user experience for the visitors.
Analytics
Analytical cookies are used to understand how visitors interact with the website. These cookies help provide information on metrics the number of visitors, bounce rate, traffic source, etc.
Advertisement
Advertisement cookies are used to provide visitors with relevant ads and marketing campaigns. These cookies track visitors across websites and collect information to provide customized ads.
Others
Other uncategorized cookies are those that are being analyzed and have not been classified into a category as yet.
SAVE & ACCEPT